This article originally appeared on The Urban Developer on 6th September 2016.

Bathroom construction is a notoriously difficult area of any construction project. Bathrooms are often the smallest and most laborious room to build, accounting for 80 per cent of building defects on some projects. Defects that could be scaring away prospective buyers.

It’s clear to see why developers are trying to mitigate the many risks associated with this complicated area of the construction project.

To avoid this painful bathroom construction phase, and to ease buyers concerns, developers need to keep two things in mind: the problems most likely to arise, and the best solutions for overcoming them.

According to Cameron Monks, Business Development Director at Interpod Offsite, the biggest problems large scale projects are likely to see range from defect notices and trades coordination through to weather delays and potential budget overruns.

These common problems normally present themselves in the construction phase, but can be dealt with by using some out-of-the-box thinking in the planning phase of the project.

Interestingly, the majority of a project’s defects are usually found in a project’s bathroom – an issue that is better dealt with in the planning stage rather than in the middle of construction.

Mistakes or defects found in a bathroom can pause the entire construction process. Something that costs developers serious time and money.

An innovative solution to this problem is to use prefabricated modular bathroom pods. Prefabrication removes the associated construction risks, and if a project uses a reputable contractor, the pods are almost guaranteed to be up to a higher industry standard than a traditional bathroom.

Since prefabricated modular pods are constructed offsite in a controlled environment, they are built to strict industry standards that are nearly impossible to recreate on a live build site. This also means that the entire bathroom build is contracted to single supplier, removing any liability questions in the defect rectification process.

All fixtures, fittings and structural components should be guaranteed by the manufacturer, from the get go.

Even though bathrooms can account for 80 per cent of a project’s defects, they traditionally only take 8-10 per cent of the budget – but with budgets being just that, developers can sometimes run into problems.

A bathroom doesn’t have to be expensive, but developers should be factoring in for the unexpected budget hiccups that can occur when you’re trying to manage the weather, contractors and a tight deadline.

Whilst the list of variables that can impact the final figures is extensive, the good news is that they can be anticipated and managed earlier on in the process.

It can be immensely helpful to incorporate a 10 per cent buffer into a bathroom budget, which will account for these issues. That said, developers should also be considering other, more innovative and cost effective options such as prefabrication.

Traditional bathroom construction is often allocated over three months per floor on a project schedule, but if there is even a slight weather event that pauses construction a project can be left drastically behind schedule.

It’s important that developers recognise just how long a traditional bathroom construction phase will take, and realise that this schedule can be impacted by multiple variables which are out of the developer’s control.

A weather event, unreliable contractors or other unforeseeable programme circumstances can often play havoc on the three months dedicated to traditional bathroom construction and this should be factored in when setting the construction schedule.

It’s also a good idea to try and use more time-effective construction methods that allow for large-scale developments to be delivered on time and on budget. A modular bathroom pod could cut months off a bathroom construction phase, allowing large projects to be completed months before a traditional bathroom build would allow.

Prefabrication means that the manufacturing process can begin in an offsite location at any point, with the components simply slotted into place at the right time.

A traditional bathroom build can mean up to 8 different trades people on-site at any given time. It may be the smallest room, but it is often the most laboriously intensive to build.

Nearly every building trade at one point will play a part in a bathroom – from concreting, plumbing, waterproofing, tiling, finishes and electrical – and all of these contractors need to be managed effectively.

It is extremely difficult to anticipate the variables associated with trades management. Whether it’s on-site conditions, trade coordination, program setbacks or contractor disputes, the project’s budget and timeline often suffer the most.

The Solution To Streamlining Construction

For developers looking for a foolproof way to keep their bathroom phase on time and on budget there is one clear solution: prefabricated modular bathrooms.

Modular bathroom pods are the simplest answer to all of the most common traditional bathroom construction problems and are the best option to build in a level of project efficiency and certainty, without budget blowouts.

Constructed off site in factory conditions, bathroom pods are built to strict industry standards and installed in a matter of minutes once on site. Furthermore, by outsourcing the bathroom build to a single supplier developers can significantly reduce the risk of defects and have peace of mind knowing the final product is guaranteed. Something that can’t be achieved with traditional construction methods.

Understanding how bathroom pods can be included in a project is the best place to start. Finding relevant resources and information for prefab technologies can be difficult. Interpod’s ‘Designing for Pods’ manual and Designing for Prefabricated Modular Bathroom CPD Workshop were created to educate the industry on the key considerations for when and how bathroom pods can be used on a project.

By educating the development industry on the innovative construction options available for their bathrooms, large-scale projects across Australia will begin to reap the rewards that come with a project that is run effectively and efficiently. 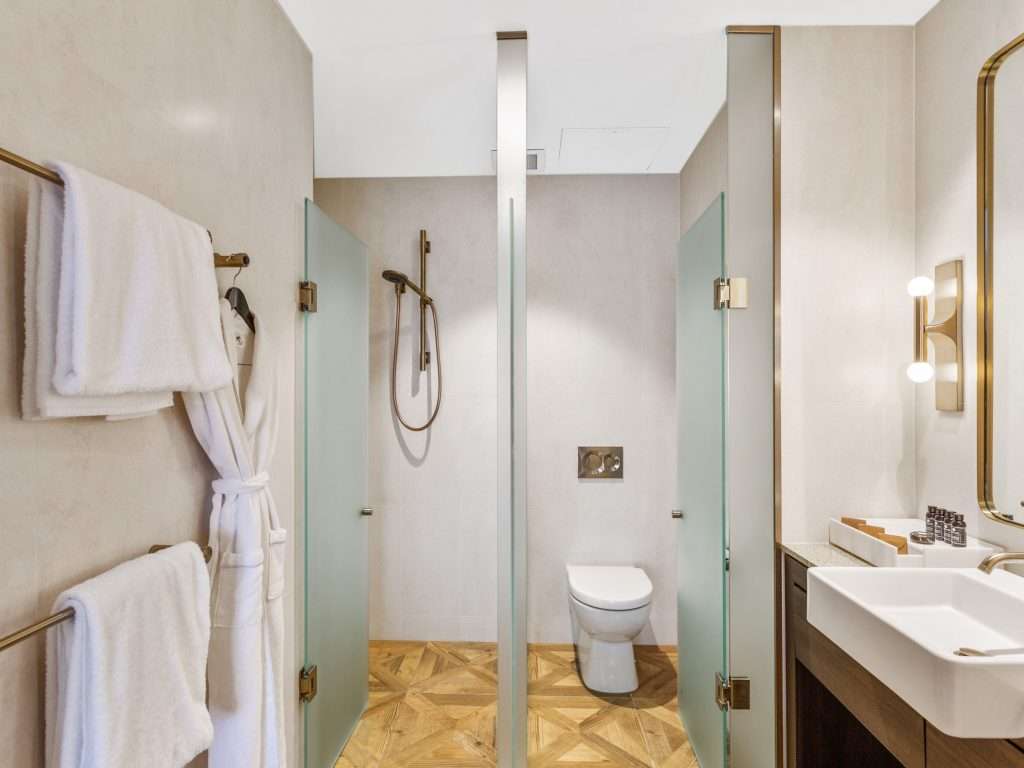 How Can Bathroom Pods Improve Your Traditional Build?

How Can Bathroom Pods Improve Your Traditional Build? 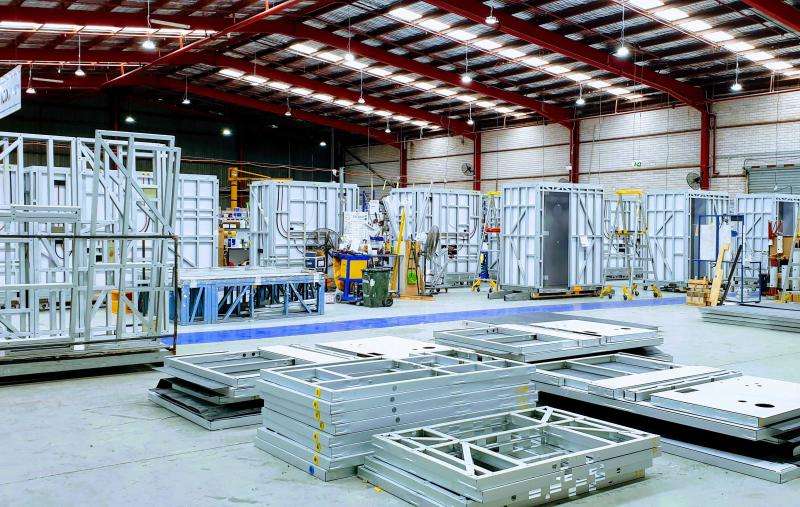 As onsite project and design complexities increase, the increasing need for consistency becomes... 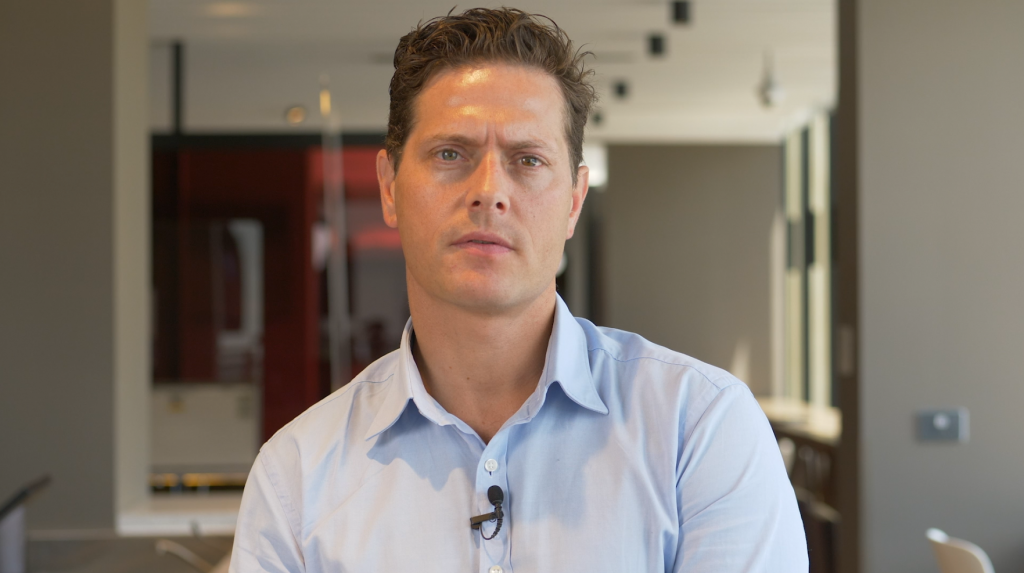 Pro-Invest Group, parent company of Holiday Inn Express, has worked closely with Interpod in a...